If you asked me what I miss the most about working with children, I’d have to say it’s the honesty. The clarity.

To be told I look tired, “in the face and in the hair”; that they liked me better with my natural curls, or “before”, with the “other colour”; “not saying you don’t look nice now but, you know, you didn’t have to change anything”. To be asked if the reason I got a new pimple is that I’ve touched my face without washing my hands, which I’d repeatedly told them not to do.

The unconditional love they never shied away from expressing, in words and gestures and by paying attention to who I was as a person and who I was becoming, too- which I did nothing to earn, save for what I thought was right. To be asked if what I needed when I was growing up was more of my mother; and to have my words remembered and repeated back to me, both when they were nice or when they could have been better.

To be asked if I smoked or drank, not just to check if I practiced what I preached, but because they were afraid that such habits would end up killing those they loved, like their parents.

To be told that if I wanted to follow my dreams, I’d better start now, “because realistically speaking, you have, what, 60 years of life left ahead of you, Miss, if you’re lucky. I mean, you could die in a car crash tomorrow and that’s that” I miss being held accountable not by them or their expectations, but by  my own desire to be a better person, worthy of guiding them.

I miss their lack of interest in inflicting pain on others, gratuitously, although they had plenty of adults to look up to who were ready to teach them how it’s done.

In adulthood, a certain degree of opacity in words and behaviour is often desired in relationships, it’s cherished, celebrated as mystery or thrill; it allows one to think what they want of themselves and others, without holding either party accountable for actually saying or thinking it.  It can help blur the edges of reality until you don’t know where you stand anymore, and to many, that’s useful.

But that’s the thing with kids, you see-you always know where you stand.

iThere are no comments 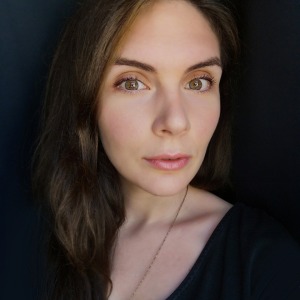